Lehman Center for the Performing Arts in association with SAL ABBATIELLO of Fever Records celebrates 30 years of the Freestyle phenomenon, the Latin-flavored Dance Music Sensation, with FOREVER FREESTYLE 10 on Saturday, March 5th, 2016 at 8pm.  To Latino teenagers in the late ‘80s and early ‘90s, Freestyle, a hybrid of Hip Hop and disco, was known simply as “Our Music.”  Returning to Lehman Center for the tenth year in a row, the concert will feature performances by 15 groups: TKA/K7 “Maria”, BETTY of Sweet Sensation “I’m Hooked On You”, JUDY TORRES “No Reason To Cry”, CYNTHIA “Change On Me”, JOHNNY O “Memories”, ROCKELL “In A Dream”, JOE ZANGIE “I’ll Be Loving You”, FASCINATION “Why Ya Wanna Go”, PRETTY POISON “Catch Me I’m Falling”, NAYOBE “Second Chance For Love”, C-BANK “One More Shot”, TRILOGY “Latin Love”, TONASIA “Wondering”, LAISSEZ FAIRE “In Paradise” and TANIA. Produced by Lehman Center and Sal Abbatiello.

SAL ABBATIELLO, one of the pioneers of Hip Hop, discovered many rappers and DJs such as Grandmaster Flash, Kurtis Blow and Run-D.M.C. at the legendary night club Disco Fever. Abbatiello’s Bronx Latin dance club, The Devils Nest, is where Latin Hip Hop was born and is now called Freestyle. There he discovered Little Louie Vega, TKA, The Cover Girls, Lisette Melendez and many more. Abbatiello’s record label Fever Records is credited with releasing the first Freestyle recording in 1984, Nayobe’s “Please Don’t Go”. He is now known as the “Godfather of Freestyle” and has been promoting Freestyle concerts for over 30 years.

Lehman Center for the Performing Arts is on the campus of Lehman College/CUNY at 250 Bedford Park Boulevard West, Bronx, NY 10468. Tickets for FOREVER FREESTYLE 10 on Saturday, March 5th, 2016 at 8pm are $100, $65, $60 and $55 and can be purchased by calling the Lehman Center box office at 718-960-8833 (Monday through Friday, 10am–5pm, and beginning at 12 noon on the day of the concert), or through online access at www.LehmanCenter.org. Lehman Center is accessible by #4 or D train to Bedford Park Blvd. and is off the Saw Mill River Parkway and the Major Deegan Expressway.  Low-cost on-site parking available for $5. 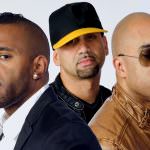 TKA/K7 is a Latin-influenced Spanish Harlem hip-hop group that garnered success in the early ‘90s with their hit “Come Baby Come.” Other hits include “Maria” (1982), “One Way Love” and “Tears May Fall” (1987), “You Are The One” (1989) and “Louder Than Love.” Led by K7 (Louis “Kayel” Sharpe), the former lead vocalist of the Freestyle super-group TKA, TKA/K7 also features DJ Non-Stop, Prophet, Tre Duece and LOS.

BETTY (Betty “Dee” LeBron) is an original member of Sweet Sensation, a Bronx trio that also included sisters Maggie and Mari Fernandez. Sweet Sensation was one of the biggest groups in the Freestyle genre. The ladies skyrocketed to fame with their 1986 club smash “Hooked On You,” which was rereleased in 1988 on their album Take It While It’s Hot that also included the hits “Victim of Love,” “Never Let You Go” and “Sincerely Yours.” In 1989, Mari left the group and was replaced by Sheila Vega. Their 1990 album Love Child included the ballad “If Wishes Came True,” which reached #1 on Billboard Hot 100. 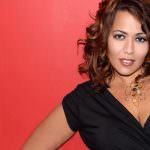 JUDY TORRES, known as the “Queen of Freestyle,” was discovered at age 18 in her hometown of the Bronx and quickly became a star with such hits as “No Reason to Cry” (1986) and “Come Into My Arms” (1987).  Her second album produced the hit single “I Love You for All Seasons.” In late 2005, she released popular hit cover of a song by the band Journey titled “Faithfully.” Her most recent release is 2010’s MP3 album Stay. 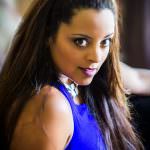 started singing at age sixteen in a group with Safire. Her first album Cynthia (1989) featured the hit singles “Change On Me,” “Endless Nights” and “Thief of Hearts.” A year later Cynthia II was released which included the hit songs “Break Up To Make Up,” “Love Me Tonight” and the hit duet with Johnny O, “Dream Boy/Dream Girl” that reached #53 on the Billboard Hot 100.

JOHNNY O (Juan Ortiz) was born and raised in Brooklyn, NY and is of Cuban/Puerto Rican Descent. His debut 1988 album, the self titled Johnny O, featured the famous Freestyle song “Fantasy Girl” as well as the hits “Memories” and “Highways of Love.”  1990 saw his hit duet with Cynthia, “Dream Boy/Dream Girl,” and in 1993 his single “Runaway Love” made it to #4 on the Billboard Dance chart and to #87 on the Hot 100.

ROCKELL, known affectionately as “the Freestyle Princess” was born in Staten Island in 1977 and is a New York-based new school Freestyle singer/songwriter. Her debut single “I Fell In Love” (1996) hit the #9 spot on the Hot Dance Singles chart in the USA and was #1 in Canada, making it the most successful Freestyle dance single of the decade in Canada. In the late 1990’s she released several major hit songs including “In a Dream” (#6 US and #1 Canada), “When I’m Gone” and “Can’t We Try”, a duet with Collage. Her second album, Instant Pleasure (2000), contained her best selling single “What You Did 2 Me”. Recently, Rockell released the singles “When I Want You Back”, a duet with Joe Zangie in 2009 and “Turn Up the Heat” in 2012.

JOE ZANGIE is a new school Freestyle vocalist from southern New Jersey who signed with Tazmania Records when he was 18 years old. He is best known for “Can You Feel the Love”, “True Faith”, “Mad About You”, “You Remind Me”, “You Came When” and “In My Dreams” which he recorded with his frequent touring partner Rockell. Zangie  released the album Timeline in 2007 and You Remind Me in 2011.

FASCINATION, born in the Bronx, had a huge success with her first release, “Why Ya Wanna Go,” followed by another huge hit, “Don’t You Think it’s Time.”  “Remember” hit Billboard’s Dance charts and led to a major endorsement deal with Coca Cola.

NAYOBE (Gomez), discovered at age 16 by Sal Abbatiello, recorded “Please Don’t Go” in 1984, arguably the first Latin Freestyle song ever recorded, which quickly gained airplay in nightclubs. “Second Chance For Love,” “Good Things Come To Those Who Wait” and “It’s Too Late” solidified her standing as a Freestyle innovator. She was also the voice of Selma Hayek in the film ‘54’.

TRILOGY, the legendary Bronx/Brooklyn group had their first underground hit “Red Hot” in 1986. They were the first Freestyle act to sign with Prism Records, and are best known for their 1987 hit single “Latin Love” which CNR wrote along with some help from rappers O.C. Rodriguez and Charlie Chase.