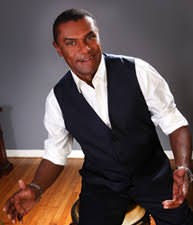 An Exclusive Debut Concert for All New York

Lehman Center for the Performing Arts is on the campus of Lehman College/CUNY at 250 Bedford Park Boulevard West, Bronx, NY 10468. Tickets for NOCHE DE SALSEROS on Saturday, October 17th, 2015 at 8pm are $60, $55, and $45 and can be purchased by calling the Lehman Center box office at 718-960-8833 (Monday through Friday, 10am–5pm, and beginning at 12 noon on the day of the concert), or through online access at www.LehmanCenter.org.  Lehman Center is accessible by #4 or D train to Bedford Park Blvd. and is off the Saw Mill River Parkway and the Major Deegan Expressway. Low-cost on-site parking available for $5.

CHARLIE APONTE, one of the world’s most beloved salseros, presents in this special concert his new number one album Una Nueva Historia produced by Sergio George featuring the hit song “Para Festejar” that spent 10 consecutive weeks on the Top Ten Billboard charts this year. Born in Caguas, Puerto Rico in 1951, Aponte was spotted performing in a local club in 1973 by members of El Gran Combo who needed a new vocalist. A few months later he joined La Universidad de la Salsa, (the band’s nickname because of the sheer number of successful Salsa musicians who have been members) becoming El Gran Combo’s most illustrious frontman through Salsa’s golden age and beyond. Aponte is the voice on many of their most famous hits, including “La Salsa de Hoy”, “Brujería”, “Amor Brutal”, “La Loma del Tamarindo”, “Compañera Mía” and “Hojas Blancas”. Beyond being one of the world’s greatest soneros, he is also a natural entertainer and dancer, becoming the band’s choreographer in 1980. After over 40 years as lead vocalist, he retired from El Gran Combo in late 2014 to spend more time with his family and less time touring. His first new project, Una Nueva Historia, involves various emotions and genres and reflects the knowledge Aponte has acquired throughout his career.

JOSE ALBERTO “EL CANARIO” is nicknamed El Canario (The Canary) because of his exquisite voice and amazing ability to use his highly melodious whistling skills as a soloing instrument. Now celebrating his 40th year as a sonero, he is one of the most successful and respected artists on the Salsa music scene with a recording history that includes 25 albums. After relocating to New York City in the early ‘70s, Alberto sang with several orchestras, receiving international attention in 1977 as the lead vocalist of the ground-breaking ensemble TÍPICA’73 on recordings that include Salsa Encendida (1978), Charangueando con La Típica’73 (1980) and Into the 80s (1981). After being featured as a vocalist on Louie Ramirez’ 1982 production Noche Caliente, the first album to give popular Spanish ballads an uptempo treatment, Jose Alberto became a major Latin star. Forming his own group in 1983, he recorded three albums on the Sono Max label titled Típicamente (1984), Canta Canario (1985) and Latino Style (1986). He had an international smash-hit album in 1988 with Sueño Contigo and followed up a year later with Mis Amores, also a chart topper. In the 90s, Alberto recorded several hit recordings including Dance with Me (1991) produced by GRAMMY winner Sergio George in the (then) new Salsa Romántica style, followed by Llegó la Hora (1992) with the world-wide hit tracks “Nada se Compara Contigo” and “Discúlpeme Señora.” In 1994 he recorded De Pueblo y Con Clase and in ’95, the album On Time, notably featuring a duet with the undisputed Queen of Salsa, Celia Cruz, with whom he frequently toured. His 1997 Tributo a Machito featured guest GRAMMY winners Tito Puente and Dave Valentín. In 2011, Alberto’s album Original was nominated for a GRAMMY award and he won a 2013 Latin GRAMMY Award as a featured vocalist on Sergio George Presents Salsa Giants. Recent recordings include Intimamente Salsero Live (2012), Romantico y Rumbero (2014) and this year’s Tributo A Los Compadres: No Quiero Llanto.

DOMINGO QUIÑONES, one of the world’s most popular Salsa stars, was born in New Jersey in 1963 and moved when he was four years old to Ceiba, Puerto Rico where he grew up singing Salsa, Bachata, Rumba and Cuban Charangas. Returning to New York City as a young teenager, he began his career with Conjunto Nativo in 1981 and also sang coro with Rafael de Jesús, Jose Alberto, Johnny Rodriguez and Conjunto Clásico before becoming the lead vocalist for Luis “Perico” Ortiz’s band. Going solo he released his first solo album Domingo es Mi Nombre in 1990. His second release Pintando Lunas (1992) included a Salsa version of “Crazy For You” and the duet with Tony Vega “Dos Amigos” earning it the number 2 spot on the charts. Since then Quiñones has had many top ten hits including “Tu Como Estas”, “Soy”, “Si Tu Te Vas”, “No Voy A Dejarte Ir”, “Nos Sobro La Ropa” and “Que No Te Atreves”. His two most recent albums are De Vuelta al Amor and El Mensaje: Grands Voces Cristianas with Alex D’Castro and Tony Vega.

DJ ANDY “EL MAS BAILABLE” was born Andy Rodriguez in 1969 in New York City and grew up in Puerto Rico. A Salsa dancer first, he is known as “El Mas Bailable” (The Most Danceable) because of his unique and knowledgeable ability to blend music for his audiences. He is recognized by many as the best Salsa DJ out of Puerto Rico.