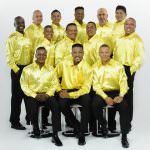 Lehman Center for the Performing Arts presents the return of GRUPO NICHE for a dazzling concert celebrating their 35th anniversary on Saturday, April 16h, 2016 at 8pm. One of the world’s most popular Latin salsa groups, Grupo Niche is known for both uptempo and vigorous dance music as well as slower-paced salsa romántica numbers. Produced by Lehman Center and José Raposo.

Lehman Center for the Performing Arts is on the campus of Lehman College/CUNY at 250 Bedford Park Boulevard West, Bronx, NY 10468.  Tickets for GRUPO NICHE on Saturday, April 16th, 2016 at 8pm are $60, $55, and $45, and can be purchased by calling the Lehman Center box office at 718-960-8833 (Monday through Friday, 10am–5pm, and beginning at 12 noon on the day of the concert), or through online access at www.LehmanCenter.org.  Lehman Center is accessible by #4 or D train to Bedford Park Blvd. and is off the Saw Mill River Parkway and the Major Deegan Expressway.  Low-cost on-site parking available for $5.

GRUPO NICHE was formed in Bogotá in 1980 by songwriter, vocalist, arranger, and producer Jairo Varela, who began his music career at age eight with the group La Timba. Comprised of young musicians from the state of Chocó, Grupo Niche was conceived as new, alternative salsa with a more international style and flavor. Their first album, 1980’s Al Pasito, put Colombia on the map of the world of salsa. As Varela broke away from existing musical structures, he also took on Afro-centric issues in all their social and ethnic implications, singing to his homeland, Chocó — its problems, its marginality, and its poverty. The group’s second album release, Querer es Poder contained their first hit song “Buenaventura y Caney” which led to their first US tour in 1981. Their 1984 release, No Hay Quinto Malo, went gold and featured what has become their signature song, “Cali Pachanguero” which Billboard has called “one of the greatest Latin songs of all time.” The critically acclaimed Triunfo (also titled Se Pasó) was released the following year on the New York Latin Records label and went gold with popular hits like “Ana Milé” and “Del Puente Pa’alla”. After much success in Colombia, Grupo Niche soon earned international fame and in 1986 became the first Colombian orchestra to perform at Madison Square Garden, playing at the World Salsa Festival.

Beginning in the late ‘80s, Grupo Niche turned to romantic lyrics, leaving behind their songs about social issues. The release of 1989’s Tapando el Hueco coincided with Puerto Rico’s salsa romántica movement and went platinum. In March 1989, they played for more than one million people at a concert in Peru, and in September of that year they staged their first European tour, playing in France, England, Germany, Switzerland, and Spain. In 1990 the group embarked on its first Mexican tour, playing 16 concerts at large venues including the mythical Salón Tropicana. From 1990 through 2005, Grupo Niche, led by their brilliant composer Varela, released a chart-topping album a year, many of which earned gold, platinum and double platinum sales status. These records overflowed with hits, many of which are now considered classics like “Cali Aji”, “Una Aventura”, “Sin Sentimiento”, “Busca Por Dentro”, “Hagamos Lo Que Diga El Corazon”, “Duele Más”, “Gotas de Lluvia”, “Etnia”, “Eres”, “Culebra” and “Ni Como Amiga…”. Grupo Niche has released more than 30 albums, receiving numerous international music awards, including the Latin GRAMMY® nomination for the 2001 Album of the Year for Propuesta with its famous cumbia “Canoa Rancha”.

During his lifetime, Jairo Varela was a prolific composer. His death in 2012 did not mean the end of Grupo Niche as he organized the orchestra in a manner that allowed continuity. Their first posthumous album, Tocando el Cielo Con Las Manos (Touching the Sky With Your Hands) was released in 2013 and hit the #10 spot on the Tropical album charts. That same year, Grupo Niche resumed touring internationally, performing in Europe, North America, Mexico, Columbia, Ecuador, Peru and Australia. In 2015, Varela’s trusted musical associate José Aguirre took over as musical director. Late 2015 saw the release of the second posthumous album 35 Aniversario which rose to the #6 Tropical album chart position. The record’s first single, “Te Enseñaré A Olvidar”, which was first sung by Jairo Varela in 1989, earned the #2 Tropical song chart position. The second single, “Enamorada” was just launched at the beginning of March of this year.