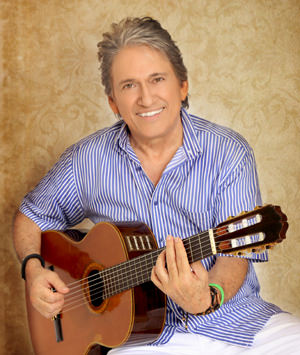 Lehman Center for the Performing Arts will present for the first time, JOSÉ NOGUERAS, direct from Puerto Rico  celebrating 30 years of “PARRANDA” for its popular, special holiday event, PARRANDA NAVIDEÑA, a Christmas celebration highlighting the unique music of Puerto Rico on Saturday, December 12th, 2015 at 8pm. By definition a Christmas “PARRANDA” Puerto Rican style is a group of friends or family visiting a home carrying Christmas music and party atmosphere. A night of pure Puerto Rican music that captures the true essence of Navidad Boricua, the concert will also feature EL TRIO BORINQUEN, who embody the romance of traditional music. Produced by Lehman Center and Grace Marie Herger.

Lehman Center for the Performing Arts is on the campus of Lehman College/CUNY at 250 Bedford Park Boulevard West, Bronx, NY 10468. Tickets for PARRANDA NAVIDEÑA with JOSÉ NOGUERAS, on Saturday, December 12th, at 8pm are $50, $45, and $25, with a special $10 ticket price for children 12 and under, and can be purchased by calling the Lehman Center box office at 718-960-8833 (Monday through Friday, 10am–5pm, and beginning at 12 noon on the day of the concert), or through online access at www.LehmanCenter.org. Lehman Center is accessible by #4 or D train to Bedford Park Blvd. and is off the Saw Mill River Parkway and the Major Deegan Expressway. Low cost on-site parking available for $5.