Many of us can list celebrities and other famous Bronxites, from artist to Supreme Court Justice, most talked about on mainstream media. But Bronx-PR takes a special look at those in The Bronx who may not make front-page newspaper headlines, but are certainly doing remarkable things within our community that are worth noting. Lizette Hernandez is one of those people. A mother and advocate for autism awareness, Lizette is not only meeting her son’s desire to play baseball but she took it further by spearheading the Challenger League, a division of the Bronchester Little League where kids of the spectrum can enjoy some Bronx baseball. Lizette worked alongside family and friends recruiting knowledgeable coaches and other volunteers to make this league possible, and this Saturday, May 3, it’s time to Play Ball!!

Bronx-PR caught up with her for a brief interview, read on…

Q: What lead you to start the Bronxchester Challenger League? (I really love what you wrote about it in our previous emails below but I wanted to give you another chance to express yourself)

Lizette: My 8 year old Son Donovan who is Autistic, said he wanted to play baseball. After looking for a place that was tailored for children with Autism. I didn’t find one in the Bronx, instead we traveled up to Westchester. while watching him and the other children playing, I began to wonder why we couldn’t have something like this in the Bronx. So I reached out to a family friend who was coaching at the Bronxchester Little League and asked if the league would be interested in giving me a field to allow the children to play.

Q: There are many little leagues in The Bronx, why the Bronxchester Little League?

Lizette: Bronxchester Little League is where Donovan’s interest in baseball was peaked. We went to see my nephew play at one of his games and he kept asking to play after that. I had a very close childhood friend who was coaching and thought it would be a great place to start the league.

Lizette: The season begins this Saturday May 3rd, 2014. Many who have approached me are excited and think that it is a great idea. Many have reached out to help in any way they can.

Q: What do you hope to accomplish with the Challenger League?

Lizette: My hope for the challenger league is to create an environment where the children can come play and be themselves. A way to help them with sensory integration and social engagement. A place where they can flap, screech, spin and be themselves without someone staring in disgust. A place where parents can come and feel comfortable and know that those around them understand. I want to give the parents an opportunity to watch their children play baseball.
I just want to mention that I learned of another challenger league in the Bronx after I started planning Bronxchester’s.

Q: I understand you have organized other Autism events, tell me a little more about them and the turn out?

Lizette: have hosted an annual karaoke fundraiser to raise funds for Autism. This years event I raised money to benefit the Challenger League. Being a parent of a special needs child or just a child in general, it can get expensive. So I wanted to raise enough to cover the cost of uniforms, equipment and league fees. Each year the turn out is bigger and better. It is such an amazing feeling to see a venue packed with individuals who all support Autism. This year was the first year we hosted a Zumba event. And it was jam packed!!!!

Now a little more about you…

Q: When you are not being a super hero for autism awareness, what do you do?

Lizette: Being a mom is a 24 hour job. I rarely have any me time, but when I do, I may occasionally enjoy brunch with friends. Or Try and go on a date with my Hubby! It is hard trying to find the time.

Q: What is your fondest memory of growing up/living in The Bronx?

Lizette: My fondest memory of growing up in the Bronx, was rushing home to do homework, then rushing out and playing in the park after school until the street lights went on. I grew up in the projects and back then it was big family. The neighbors watched out for one another.

Q: Describe The Bronx to someone who has never been here before.

Lizette: The Bronx is an awesome place! There are so many different things to do. You have the Bronx Zoo, Botanical Gardens, Orchard Beach, City Island and so much more.
I love being able to show my kids all the great things that I was able to do growing up here. 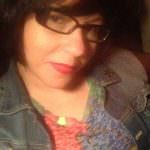 Lizette is a half Irish, half Puerto Rican warrior mom from the Boogie Down Bronx. Mother of three amazing children. Two out of the three have been diagnosed with a disability. A Ballet, Soccer kicking daughter with Dyslexia and a Donomite artist and baseball loving awesome son with Autism. All three keep her on her toes, and have given her a new meaning to multitasking. Still, she wouldn’t change a thing!