April showers bring May flowers to celebrate all mothers for the never ending task of nurturing & guiding their children into adulthood. This past Thursday, May 10 here in The Bronx two wonderful groups of devoted mothers came togetherfor the borough’s first official National Mom’s Night Out.

East Bronx Macaroni Kid and Mommy’s Mingle joined their mom power to bring Macaroni Mingle, a night out for moms where they enjoyed great music, tasty food and drinks all while given the chance to shop, play, win prizes and chat (what moms love best). The celebration included a significant number of vendors offering special deals, massages, a Zumba demo, a tarot reading and for those mom’s who felt lucky a poker table manned by sponsor Joel Rivera, founder of BronxPad and Remaxx realtor. 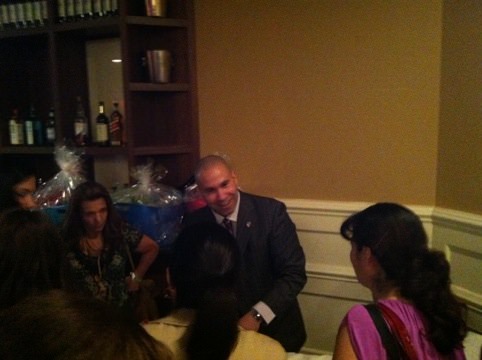 This special night was made complete by NYS Assembly Woman Naomi Rivera who recognized the effort of this awesome group of women and made Mom’s Night Out official In New York State with a proclamation. An honor well received from a woman who in addition to being a single mother is a leader in an arena largely dominated by men, politics.

I’m sure this is just one of many more wonderful events we can expect from East Bronx Macaroni Kid and Mommy’s Mingle.