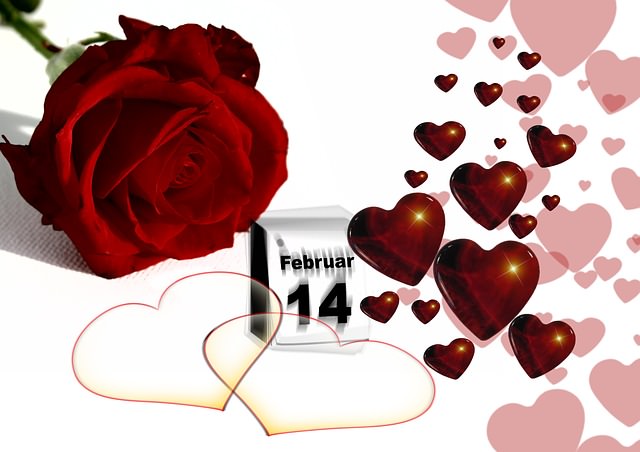 February 14, Valentine’s Day, is fast upon us.  Whether you’re an avid fan of the holiday or happen to think it is just a greeting card industry created holiday to boost sales, you will likely take part in it by giving or receiving a “valentine”.  According to Time Magazine article, Valentine’s Day 2012, by the Numbers, in 2012 72 million cards were purchased (mostly by parents), there is an average of 220,000 proposals on Valentine’s day each year, the average expected amount spent per person in 2012 was $126.03 and $367 million were spent on gifts for pets.  With all that said, 82% of people said they’d prefer an “experience” rather than a gift for Valentine’s day and The Bronx has plenty of sweet memorable experiences to offer.

The beautiful Bartow-Pell Mansion Museum is hosting a Valentine’s Day Concert that will transport you to the romanticism of  the 19th century.  The magnificent grounds of this historic landmark are the perfect opportunity for a serene garden walk with that special someone, perfect for that Jane Austen Pride and Prejudice fan.  Want to take a trip to a tropical paradise without the expense of booking a flight? Then take a trip to the New York Botanical Garden’s Tropical Paradise, no passport required.  The 250 acre garden its home of one of the world’s greatest collections of flora.  Whether you take a walk through the forrest or take a moment to admire the waterfall, walking into the garden will make you feel as if you have stepped into a different world.

If you have you’re eyes set on the stars, maybe he’ll lasso the moon for you and pull it down.  If not, you may have to wait for the next stargazing opportunity or astronomy program at one of the many NYC Parks here in The Bronx.  Never mind naming a star after you, that’s over rated, for something real unusual how about naming a Madagascar hissing roach after your special someone courtesy of The Bronx Zoo.  Not only will you be providing a very unique gift to a special someone, but they will also be able to say they are helping the Wildlife Conservation Society protect species all over the world.  Just make sure your special someone also has a heart for the wild.  Roaches too real for you, then immerse in the fantasy of comic books with the Living in Sequence Exhibition at the Poe Park Visitor’s Center.  The exhibition will demonstrate how this art still thrives in our borough as well as the influence of Edgar Alan Poe’s writing in comics.  Looking for a more traditional dinner and a movie, how about a show instead.  Teatro Pregones Theater is presenting, for Valentine’s night only, INNAVIEWS, Kwikstep and Rokafella’s Hip Hop journey.  Follow any of these activities with a dinner at any of The Bronx’s many restaurants, with our borough’s diverse population you will find a significant number of choices to please any palate. (You can check out a few on Bronx Restaurants by BronxPad or some featured during this past year’s Savor the Bronx, remember that those deals are expired but the good food remains).

Even if there is an average of 220,000 proposals on Valentine’s Day, it doesn’t mean you have to be one of them, but if you are and your special day is here in The Bronx, please do let me know, A Bronx Tale is not the only love story written in our borough.  Happy Valentine’s Day!